I have seen this common question around all times “Should I choose lace-up or hook-and-loop boxing gloves?” So I decided to break things down in this article to help you understand better which should be chosen.

When I went to the store to buy my first gloves, I thought it would be a piece of cake: I’d just go in, buy a pair gloves, exit and off to the gym. I had never been so wrong. There were so many models, types, sizes, shapes, and colors. Needless to say my mind was blown away. And I didn’t buy any of them. I went home, did my research and came back the following day.

Usually, people focus on the prices when buying specific products and believe me, the same goes for boxing gloves. And that is a big mistake! I can’t tell you how many times I have seen people taking the cheapest pair thinking that it will last long enough for them to learn how to throw a punch, and most of the time they were wrong. Not to mention how they took the wrong type of gloves.

Trust me, if you’re new to this, ask someone experienced in this kind of things. You’ll save a lot of money and time.

But the reason why I am talking about all this is the timeless discussion about these two types of gloves: Lace up gloves and Hook & Loop gloves!

Want to know which one will be better for you and your type of boxing, first look at the summarized chart below and then detailed descriptions of each type. 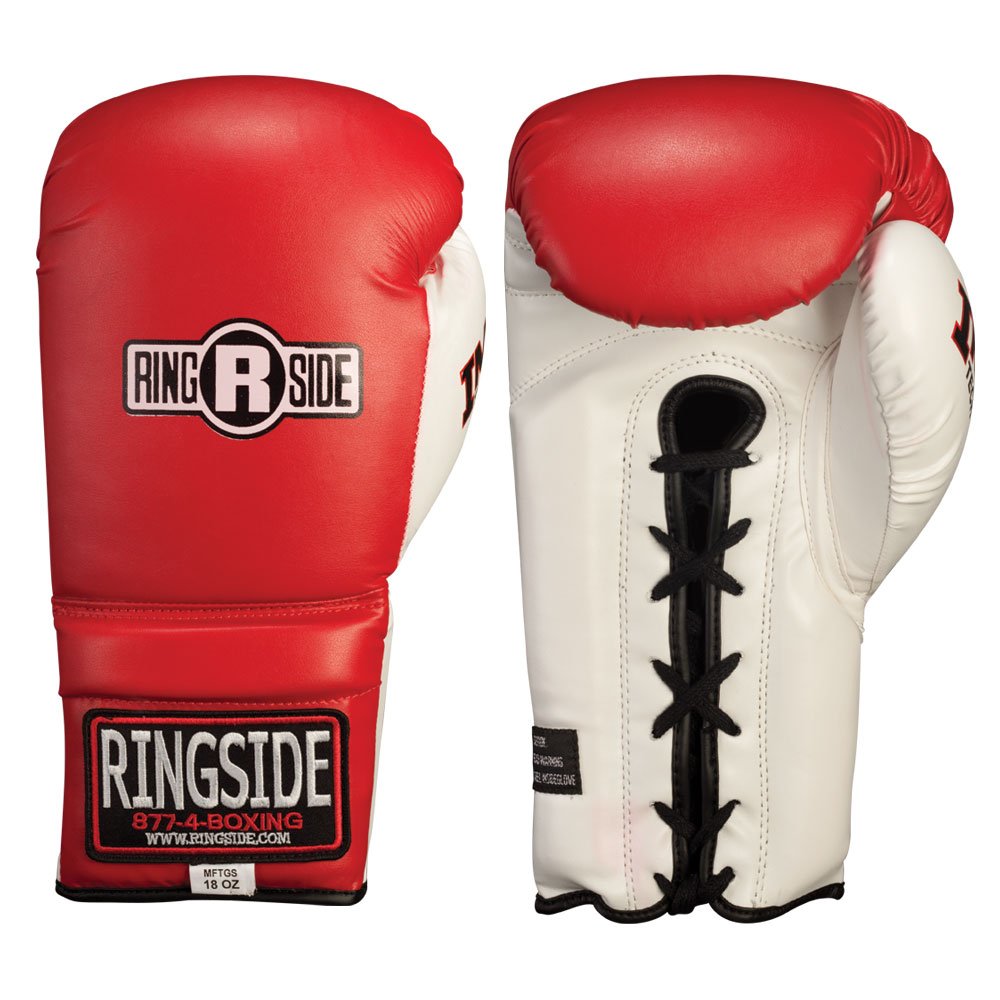 I will start with lace up gloves since they have been on the market longer.

Since the very beginning of boxing, people have been using the lace up gloves. They are made out of pure leather, handmade and robust. They are very effective when it comes to protecting your hands. Tying the glove using lace made the glove stick to the boxer’s hand, firmly gripping and the boxer knew it won’t get off that easily. These gloves are tight on the hand but they don’t squeeze too much and don’t cut off the circulation.

If you are a fan of boxing, you can see them on every boxer in the ring fighting for the title of the best in the world. Even though they are a piece of art, the only setback they have is that you are unable to put them on by yourself. Of course, you can try, but you can’t tighten them up as hard as you want to.

Another reason these gloves are used in fights is because of their padding. The amount of padding is slightly increased in these gloves enabling you to throw fiercer punches without the fear of breaking your fist. When talking about design, you can notice that these gloves have bigger thumb part and it is more on the side to avoid any possible gripping.

Have in mind that tying these gloves can be done in many different ways and that there really is not only one right way to do it. All depends on your preferences and those of your trainer since basically he is the one who will be putting them on you. 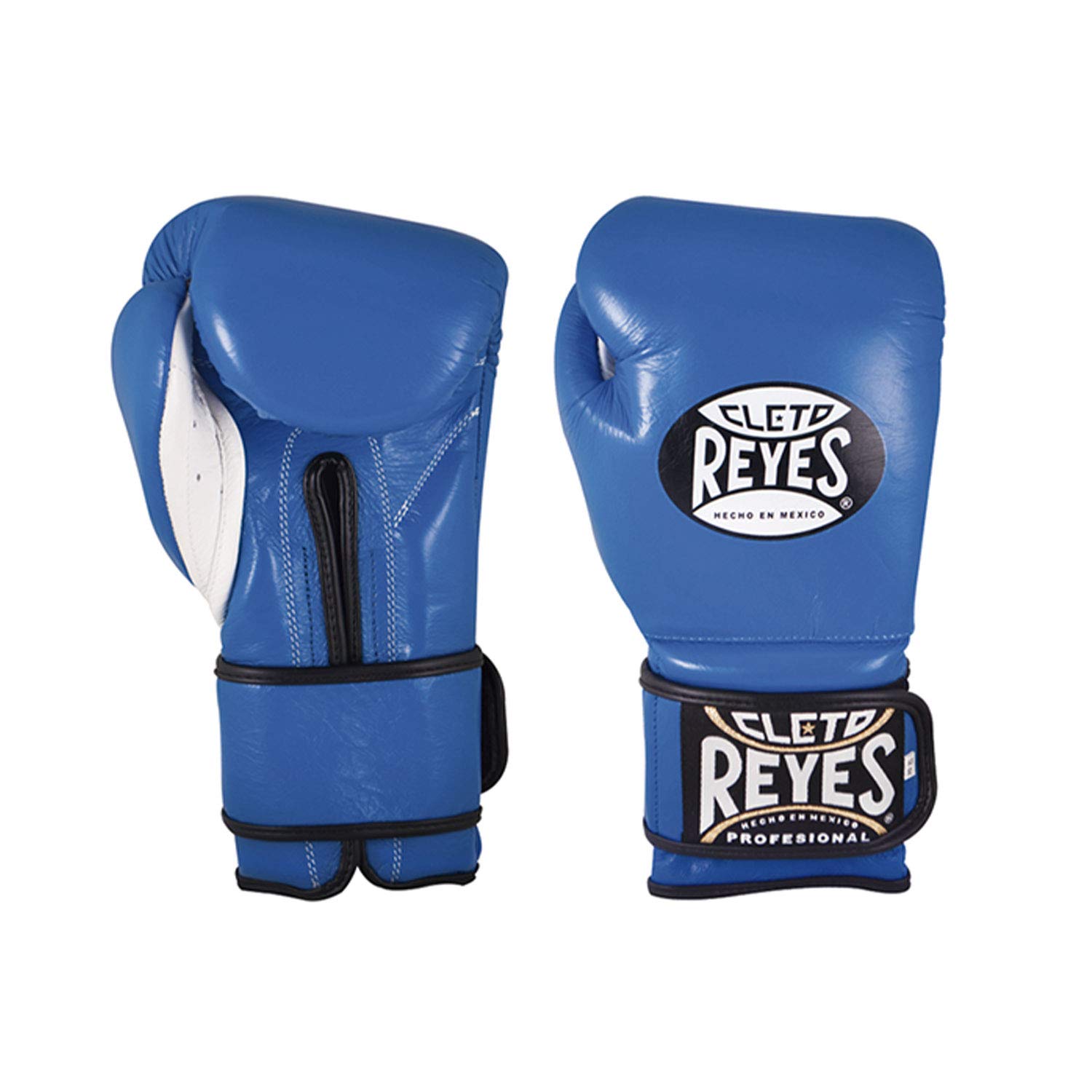 First of all, they are also known as Velcro gloves. Just by the name you already know how they work. But, nevertheless, I will go into details about them to help anyone who needs a better understanding of these two types.

As the time passed by, people started to train on their own and they wanted gloves that don’t need so much work around them, some gloves to easily put on and take off. And so, many companies started coming up with their own ideas and designs for these new types of gloves. Finally, all of them accepted the design of Velcro gloves that will provide the same level of protection as the lace up gloves, but you won’t need the assistance of another person to put them on. After that, these gloves became the part of every boxer’s gear.

These gloves have enough padding (it is usually four layers of foam coating) to keep your hands safe from injuries, but they lack the same high stability around the wrist as lace up gloves do, which means you need to be extra careful with your technique since there is a possibility to injure yourself throwing a bad punch. Thumb on these gloves is smaller, slightly under the fingers and gives you more gripping power.

Now, let us talk about which type of gloves you want for yourself and in which situation.

Lace Up gloves are the type of gloves that is strong, durable and tight around the wrist. They will keep your hand safe in the ring due to their robust design and extra padding. But, you will need someone to help you put them on.

Also, have in mind that these gloves are a bit heavier than the others. Therefore, these gloves are mainly used for tournament fights or sparring, when there’s someone who will help you put them on.

Hook & Loop gloves, using Velcro technology, are easy to take off and put on, and you can do that all alone. Even though they are slightly smaller, these gloves will give you maximum protection, but people tend to avoid them when going on some important match.

Therefore, this type of gloves is recommended for the beginners and people who mainly use boxing as a way to let off some steam and use it as some type of cardio, to be more specific, these are mainly used for mitt work and heavy bag workouts.

The bottom line is that if you just started you should go and buy yourself a pair of Velcro gloves and use them until you get your technique to the highest level. After that, when sparring starts to get more and more relevant and you start preparing for your first official fight go for the Lace Up gloves. Keep them both by your side, and use them properly. Both of them will give what they were made for, and you won’t regret owning them.